Eating disorders often take root during the early years of adolescence. Our teen years are a time when our daughters and sons become more aware of the social demands for a certain physical look.

Too often, they may feel they fall short.

The teen years offer a fertile ground for an eating disorder and other health problems to develop.

Signs Your Teen May Have an Eating Disorder

However, there are some common behaviors that may indicate your daughter or son is struggling with an eating disorder, such as:

These warning signs should be considered possible symptoms of an eating disorder.

Anorexia nervosa is a complex mental health disorder where your child may purposely restrict food intake.

Teens with anorexia may restrict calories because they feel a lack of control over other aspects of their life. Another possible cause is that your daughter or son may have an intense fear of gaining weight. Possibly he or she just wants to lose some weight and the dieting becomes compulsive.

In some teens, distorted body image keeps them engaged in food restriction because they wrongly see themselves as obese.

Anorexia can result in severe medical complications if untreated, or even cause death.

Signs and symptoms of anorexia nervosa include:

Bulimia nervosa is an eating disorder that features eating large quantities of foods, usually junk foods, over a period of time. Afterward, your child may then eliminate the contents of the stomach through purging.

These efforts to expel the food from the body often come from feeling a lack of control over their life.

Some health professionals point to the modern “selfie” culture and the extreme focus on body image as a factor in bulimia. Other teens might develop bulimia due to weight restrictions on certain activities they are involved in, like ballet or modeling.

Signs and symptoms of bulimia that parents can look for include:

Those teen children who suffer from binge eating disorders use food to manage emotions they seek to avoid. These unwanted emotions can include anger, boredom, guilt, sadness, stress or a sense of being out of control.

If your daughter or son has a binge eating disorder, they will try to offset these negative feelings by consuming large amounts of food.

Despite the serious psychological issues that underlie teen bingeing, the disorder is often misdiagnosed as obesity.

Signs and symptoms of binge eating disorders include:

Is your teen showing some of the behaviors and thoughts that may precede the development of an eating disorder? If so, open communication is key.

Talking about your child's concerns at an early stage can help direct them toward healthy ways of thinking about food.

Some parenting tips for helping prevent eating disorders include:

If you are the parent of a teenage girl, she might enjoy "The Body Project." The Body Project is a group-based body acceptance program that is designed to help girls and teens develop a positive body image, or ‘body positivity.’

The program helps young females reduce negative thoughts about their body shape and to love their body. The girls engage in verbal or written activities that help them confront unrealistic body expectations and beauty ideals.

If your teen uses food as a tool for managing emotional pain, it’s time to reach out to a health care and/or mental health professional for assistance. Each teenager suffering from an eating disorder has a unique set of factors that led to their condition.

For instance, a daughter or son with anorexia may have obsessive-compulsive disorder or be a perfectionist, where someone with bulimia may be impulsive.

These differences require the treatment approach to be tailored.

2. Medication. Some teens may benefit from antidepressant drug therapy.

3. Nutritional education. Your teen will work with a dietician to learn healthy eating skills and reach a target body weight.

4. Psychotherapy. Treatment for teen eating disorders relies on various types of evidence-based psychotherapies. Some of these include:

When outpatient treatment has not been successful, residential treatment offers the next level of care. It provides a chance for your daughter or son to overcome an eating disorder within a supportive environment.

Embark Behavioral Health is a family of programs and treatment centers that offer access to a full continuum of mental health services for teens and young adults across the United States.

We provide treatment for teens with anxiety, depression and other mental health or substance abuse issues, including eating disorders. Our team of clinical and medical professionals specializes in working with adolescents and young adults.

Our services provide your family with affordable help, when and where you need it, at the right level of care. We also accept most insurance plans. 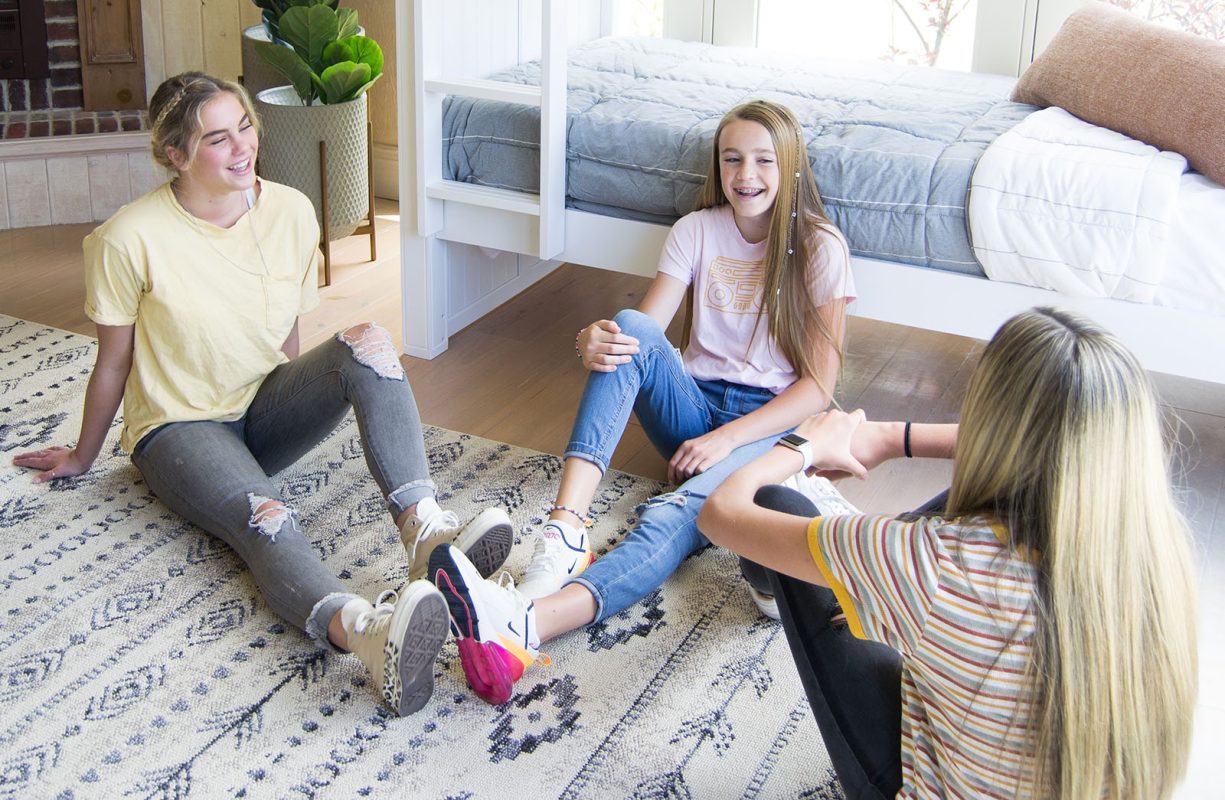