As many as one in five teens suffer from clinical depression. Depression is increasingly common, and left untreated it can lead to serious health issues, up to and including suicidal ideation. However, it can sometimes be difficult for parents or loved ones who are close to the situation to determine if the young person they care about is just having a bad day or struggling with something more serious.

There are many symptoms of depression that can fly under the radar and look like the regular “teen angst” every parent is familiar with. Here are five things to watch for that may actually be depression:

Often the most common sign of adolescent depression is irritability. What looks like a bad mood that comes on abruptly and doesn’t seem to be in proportion to the situation just might be depression. Anger, irritability, outbursts, pouting, etc. are all symptoms of teenage depression.

Adolescents who are suffering from depression may find that they have difficulty falling and/or staying asleep. They may lie awake going over their day in their head or worry about what will happen the next day. Others find that they go to sleep, only to wake up at the same time each night. Insomnia can worsen other symptoms of depression and make it more difficult to accomplish daily tasks.

Another symptom that may not be recognized at first as depression is a general sense of apathy. Teens may act like they just don’t care about things that used to interest or engage them. They might withdraw from friends and family, act indifferent, or even speak the words “I don’t care.” Apathy also often looks like regular boredom, only it lasts longer or is more pronounced.

Being sad— being outwardly “depressed”— seems the most obvious sign of depression in teens. It isn’t always a true indicator of depression, but it can be. A teen who is crying more than usual or at inappropriate times, obsessing about small things, expressing hopelessness, and/or making statements such as “I’m a failure,” “nobody likes me,” “nothing matters,” and the like are always cause for concern, and a good sign your teens is experiencing something more serious than a passing blue mood.

Drugs and alcohol are ways some teens deal with pain. Vaping, drinking, drugs, and smoking marijuana, are all unhealthy coping mechanisms for dulling underlying feelings of depression, worthlessness, anxiety, and pain. There is almost always another issue going on when teens turn to substance abuse (often referred to as dual diagnosis).

Many teens who suffer from depression have an overwhelming sense of fatigue. This is different from feeling tired after staying up until 2:00 AM texting or the general state of adolescent sleepiness. Instead, a teen with depression feels like they’re not well rested, no matter how much sleep they get. They may also find that their joints and muscles ache from fatigue, even if they have not performed any physically tasks at all. This fatigue can make it difficult to do regular everyday activities such as attend school or keep a part-time job.

Remember, these are just seven of the most common signs; there can be others, such as:

Depression is a serious mental health issue, and often it does not go away on its own. Typically, an individual that suffers from depression will need both medication and therapy to recover. This may be a brief treatment, or a more dramatic intervention is needed such as wilderness therapy or residential treatment. If you or someone you care about suffers from depression, we want you to know it’s OK not to be OK, it’s brave to get the help you and your family need. You are in good company. There is hope and healing ahead. 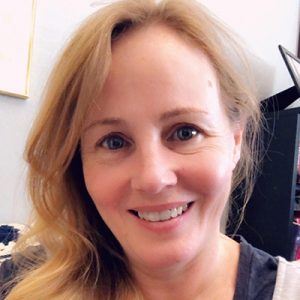